The Differences in CBD Types Explained

The Differences in CBD Types Explained When looking for CBD, you’ve probably noticed there are different cannabinoid spectrum options to choose from.

While these three types of products may sound similar, they’re actually worlds apart from each other.

So, what does each spectrum tell you about your CBD oil products and how are they different?

In this article, we’re going to explain this important difference and discuss the pros and cons of each CBD format.

Let’s have a brief overview of cannabinoids and why they matter for our health. 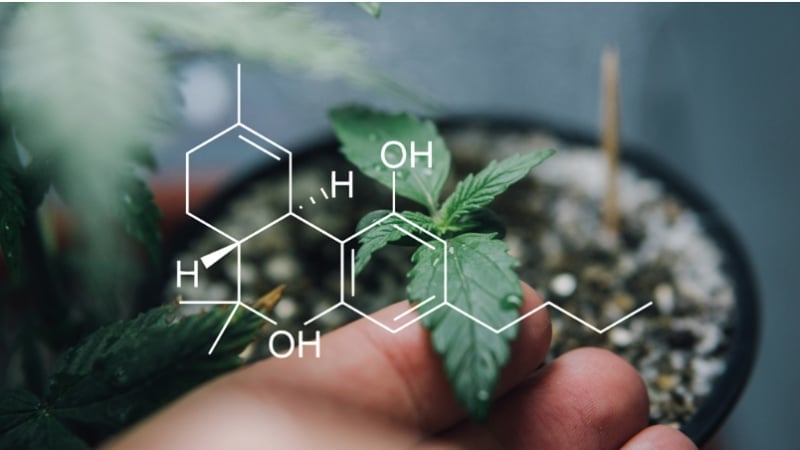 A Primer on Cannabinoids and Their Role in Our Well-Being

Cannabinoids are the natural phytochemicals found within the cannabis plant.

There are over 113 identified cannabinoids — with CBD and THC being the most thoroughly researched.

Why are cannabinoids so important for our well-being?

The ECS controls a wide range of biological functions, such as memory, cognitive performance, pain perception, stress management, mood regulation, and immune response on top of many others.

In 1995, researchers found that cannabinoids like CBD and THC could benefit the body and brain in numerous ways.

Later, they discovered that each cannabinoid has a unique relationship with the endocannabinoid system.

For example, THC induces psychoactive effects linked to “getting high.”

CBD, on the other hand, is not intoxicating. In other words, it won’t make you high. In fact, it can even alter the psychoactive effects of THC. It delivers a range of health benefits, such as relief from stress or altered perception of pain.

At lower doses, CBD can be mildly stimulating, while higher amounts tend to bring sedative effects.

Other cannabinoids, such as cannabigerol (CBG) or cannabinol (CBN) have their own set of effects. The full collection of cannabinoids creates something known as the “cannabinoid spectrum.” 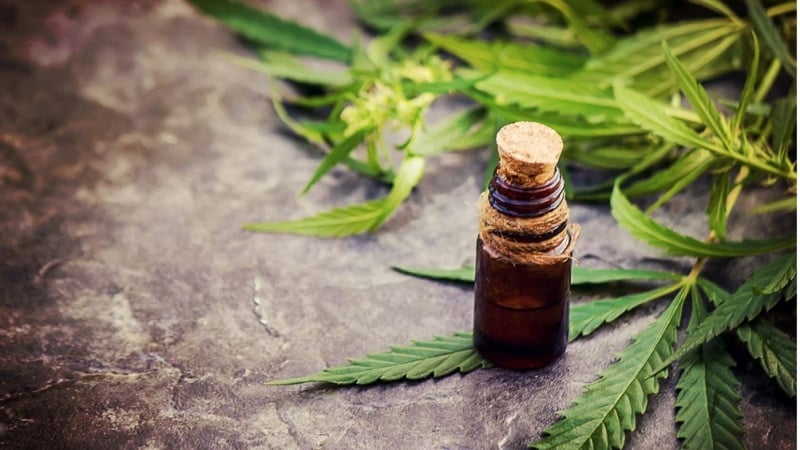 Hemp Extracts: What Makes Them Different?

All CBD products are extracted from the cannabis plant, using solvents like CO2.

During the extraction, all the cannabinoids, terpenes, and flavonoids are stripped from the plant and dissolved in oil to make it easier to administer and store.

Depending on the cannabis strain used for the process, the cannabinoid profile of your CBD oil will differ.

For example, hemp extracts contain little to no THC — typically below 0.3% — so they are non-psychoactive, but they also boast high levels of CBD.

In contrast, some selectively bred marijuana strains may come with a 1:1 CBD to THC ratio.

Depending on the purpose of the final product, companies decide to use a different cannabinoid spectrum from different strains.

If you want a fully legal product, we suggest that you go with hemp extracts, as they are now approved on the federal level since the passage of the 2018 Farm Bill.

Now, what happens with the cannabinoids after the initial extraction determines if the extract is full-spectrum, broad-spectrum, or CBD isolate. Each term refers to the degree the product was processed.

Let’s discuss the meaning of each cannabis spectrum.

1. What is Full-Spectrum CBD?

If an extract is full-spectrum, this means it contains all phytochemicals naturally found in the plant, including CBD, trace cannabinoids, terpenes, and essential oils. Full-spectrum extracts from hemp also come with a negligible THC content —  below 0.3%

The full spectrum of the active compounds extracted from hemp work together to amplify the health benefits of each individual cannabinoid. This phenomenon is referred to as the entourage effect (more on that later).

Although non-psychoactive, full-spectrum CBD can give you a false positive during a drug test, especially if you consume high doses of CBD oil daily.

That’s when the broad-spectrum CBD comes in.

2. What is Broad Spectrum CBD?

Broad-spectrum CBD contains cannabidiol and all the other compounds within the plant, save for THC, which is completely removed after the initial extraction.

Because broad-spectrum extracts contain multiple cannabinoids, they also produce the “entourage effect,” but without the THC.

In a very simplified manner, broad-spectrum CBD is like a mix between full-spectrum CBD and CBD isolate. It contains the entire spectrum of cannabinoids EXCEPT for the THC part. CBD isolate is the purest form of this compound, made by pulling it from its natural environment and removing it from all other ingredients.

“The advantage of using CBD isolate over other formats is the highest concentration of CBD per serving. Isolates are usually 99% pure, meaning that one gram of isolate powder carries about 990 mg of CBD. There’s no entourage effect, though — you can benefit solely from the effects of cannabidiol, hence the lower price of such products and lower demand than full-spectrum or broad-spectrum CBD” says Augustine Hanger of Colorado-based hemp CBD grower IHF, LLC.

Now, what is the entourage effect really about?

Below we shed light on this intriguing phenomenon.

Despite the complicated name, the entourage effect is fairly easy to understand. It refers to the synergy achieved by all the components in cannabis. These components work together to enhance the potential benefits of the plant. Each compound can amplify the therapeutic properties of the others while mitigating their potential side effects (1).

Some of the additional cannabinoids in full-spectrum extracts include:

Because of the benefits of the entire plant, full-spectrum CBD products are priced higher than their broad-spectrum counterparts or CBD isolate. It’s also more challenging for manufacturers to maintain consistent ratios when using a full-spectrum extract — again raising the overall cost of these oils.

Before 2015 people believed that isolated CBD was more effective than full-spectrum CBD. However, in 2015, this myth was debunked by a study conducted by the Lautenberg Center for General Tumor Immunology in Jerusalem (2).

In the study, the researchers discovered that test subjects treated with full-spectrum CBD reported higher levels of relief when compared to the group that used CBD isolate.

The scientists also concluded that the full spectrum of cannabinoids provided better effects with higher doses, while the effects of isolated CBD maintained consistent with increased intake.

Terpenes: More Than Just a Scent

When browsing through full-spectrum products, you may have noticed they boast the health benefits of the original plant terpenes.

Terpenes are volatile molecules that are responsible for a unique aroma profile of plants, fruits, vegetables, and spices. Aromatherapists have used these terpenes for centuries.

There are more than 200 terpenes in cannabis which, like cannabinoids, also bind to different receptors in the body to provide an array of potential health benefits.

For example, one of the signature terpenes in cannabis plants is beta-caryophyllene, a gastroprotective compound found in oregano, black pepper, and leafy greens. That’s why certain cannabis strains are recommended to patients with gastrointestinal issues; these strains also tend to carry a spicy herbal scent. 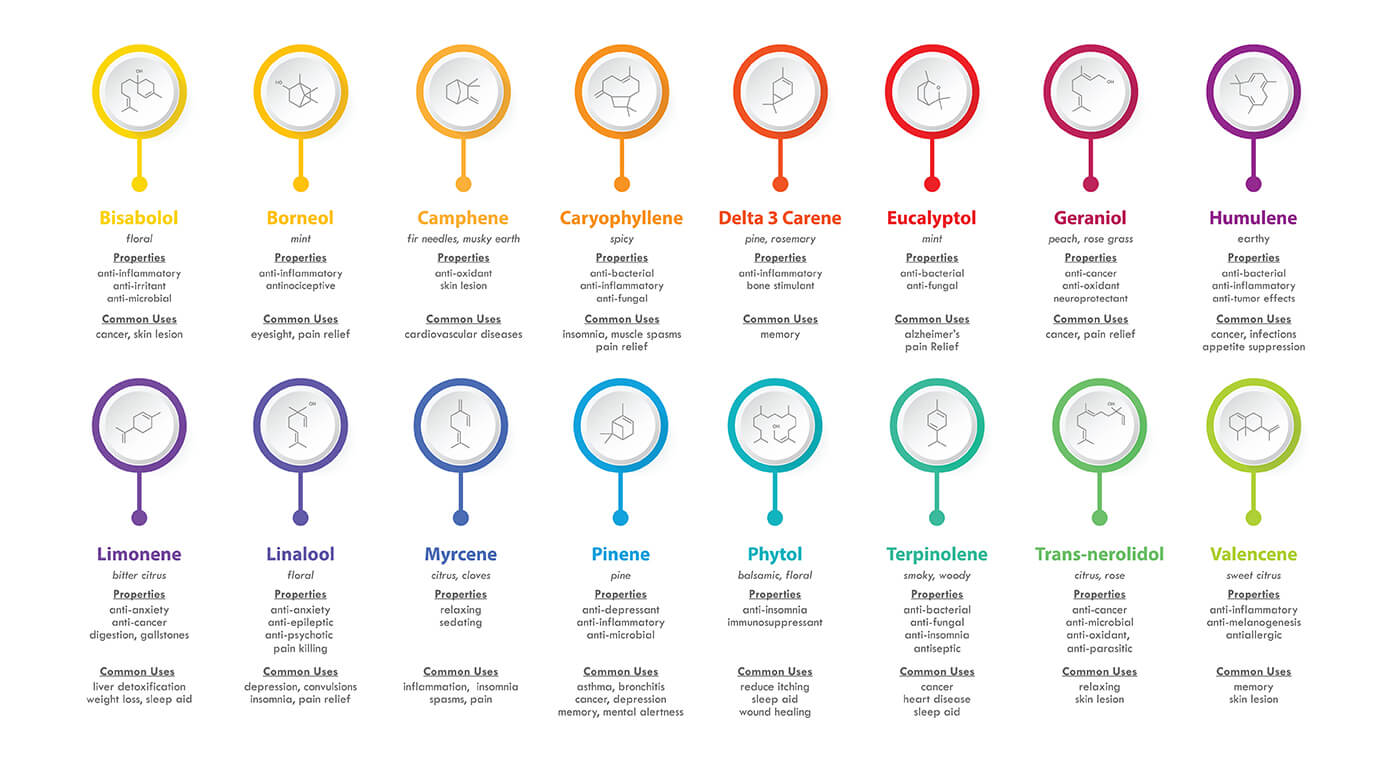 Which Cannabinoid Spectrum Should You Choose?

Now that you’ve gone through the entire spectrum of CBD, you’re probably hesitating on the final choice, wondering why someone would select one type over the other.

First of all, you should abandon the thought that either spectrum is inherently better than the others.

Everyone reacts differently to CBD and has different needs, so this is what you should base your judgment on — namely, which CBD spectrum will work best in your case.

To help you in the decision-making process, we’ve mapped out some of the pros and cons of each type, along with examples each spectrum would probably work best for.

Full-Spectrum is Best For:

Broad Spectrum Works is Best for:

CBD Isolate is Best for:

There are many factors that can point you in the direction of one cannabis spectrum instead of the other.

Your unique body chemistry, your weight, lifestyle, as well as your history with other substances — each of these factors can influence the way you react to different cannabinoid profiles.

For some, broad-spectrum CBD may be the best choice as id delivers some entourage effect without the psychoactive effects of THC. For others, a high dose of pure CBD may be enough to alleviate their symptoms and others will need more THC to feel the difference.

There’s still much research to be done to gauge the effectiveness of each spectrum, so the best thing you can do for now is a little trial and error to figure out which option you prefer.

Back to Sweet Nectar Blog